US rightsholders and industry bodies got an early Christmas present yesterday: victory in the long-running copyright infringement lawsuit involving ISP Cox Communications. A US District Court jury ruled in favour of the major music companies, saying that Cox was liable for the piracy of its customers, and should pay $1bn in statutory damages.

We’d advise keeping the champagne on ice for a little longer though: Cox plans to appeal. “We are disappointed in the court’s decision. The amount is unjust and excessive. We plan to appeal the case and vigorously defend ourselves,” its spokesperson told Billboard. “We provide customers with a powerful tool that connects to a world full of content and information. Unfortunately, some customers have chosen to use that connection for wrongful activity. We don’t condone it, we educate on it and we do our best to help curb it, but we shouldn’t be held responsible for the bad actions of others.”

That’s not how the music industry sees it, and even with that appeal pending, US bodies celebrated the jury’s ruling as a significant one. “The jury’s verdict sends a clear message – Cox and other ISPs that fail to meet their legal obligations to address piracy on their networks will be held accountable.  The jury recognized these companies’ legal obligation to take meaningful steps to protect music online and made a strong statement about the value of a healthy music ecosystem for everyone – ranging from creators to fans to the available outlets for legitimate music consumption,” said RIAA chief legal officer Kenneth L. Doroshow.

“The jury found that Cox was liable for its subscribers’ infringement to the tune of $1 billion dollars which serves as a warning to those who willingly turn a blind eye and enable their users to share music illegally,” added NMPA boss David Israelite. “Cox received hundreds of thousands of notices of infringement and did not adequately respond or comply with its obligations to stop its subscribers from infringing on peer to peer networks.”

The ruling will certainly encourage the bodies and their key members to continue pursuing ISPs who they feel have shirked their responsibilities in this area. This year already, lawsuits have been filed against Charter Communications and RCN Corporation in the US, adding to an ongoing legal battle with Grande Communications. The success (if upheld at appeal) in the Cox case may also encourage rightsholders elsewhere in the world to pursue ISPs in similar cases. 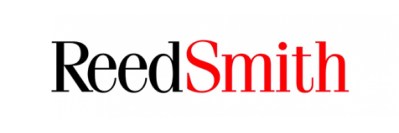 Planning a livestream? Don’t forget about the legal issues…

With many artists currently putting on livestreamed performances, we suspect most are more concerned with the logistical issues of filming and streaming, rather than the legal issues around the music they’re playing. Law...
Read More

Anti-piracy firm AudioLock and distributor Label Worx have teamed up for a campaign called The Music Mission, which they say will target ‘pay for access’ piracy download sites. The companies want other music firms to...
Read More

The head of Russian anti-piracy body the Internet Video Association has claimed that voluntary piracy measures in the country imposed two years ago have been having the desired impact. Back in 2018, a number of Russian content...
© Copyright Music Ally All rights reserved 2020 - Website designed and maintained by