Bad news if you want to hear the all-new remixed version of The Beatles’ Sgt. Pepper’s Lonely Hearts Club Band in the flesh: tickets to the “immersive experience” in the band’s native Liverpool are already sold out.

The good news, however, is that the remix – in the Dolby Atmos format – is also being made available to stream globally. For now, it’s only on one service, Amazon Music HD, which is one of the first to support Dolby Atmos. However, Universal Music’s press release announcing this promised that there will be “further services to follow in 2020”.

The remix is the work of Giles Martin, son of the original Beatles producer George Martin, and a longtime collaborator on remasters and new mixes of the band’s work.

“Experiencing this Dolby Atmos mix allows us to fall into the record and to totally immerse ourselves in the fantastical world that was so beautifully created at Abbey Road Studios over 50 years ago,” promised Martin.

Look away, non-Universal major labels: you may feel a little testy about the latest interview with Spotify CFO Paul Vogel, at a conference organised by RBC Capital Markets. He was asked about Spotify’s latest licensing...
Read More 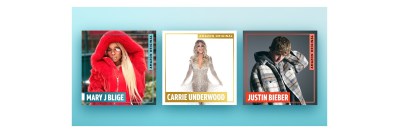 Alright, it's officially Christmas season now – don't @ us, the John Lewis ad is out – and Amazon Music is going in strong with its now-annual lineup of original tracks. This year it's got Justin Bieber doing 'Rockin'...
Read More

The European Commission has been training its sights on Amazon for a while now, with an investigation into its impact on the online retail market. Yesterday, the EC told Amazon that it has reached a preliminary view that...
© Copyright Music Ally All rights reserved 2020 - Website designed and maintained by