Royalty-collecting startup Songtrust is finishing 2019 by revealing some new figures on the growth of its business and the creators it represents.

The company, which is a subsidiary of Downtown Music, says that the royalties it collects for songwriters, producers and other rightsholders have grown by nearly 250% this year.

That’s based on Songtrust expanding to administer a catalogue of more than 2m songs for more than 300,000 clients, collecting royalties from more than 150 countries and territories.

(Not all these stats are new: Songtrust first announced the ‘2m songs’ figure in June. At the time it was collecting for 26,000 publishers and 205,000 individual songwriters, and its collections were up by 70% year-on-year – so the collections growth appears to have accelerated in the second half of 2019.)

2019 has also been a busy year for Songtrust on the corporate level. In October it promoted its global head of business development Molly Neuman to president. The former Kickstarter exec now leads all day-to-day operations for the company.

“Every musician around the world, whether they’re an artist, songwriter, producer, or composer, should be able to easily and efficiently collect the royalties due to them without relinquishing their creative control,” said Neuman as Songtrust published its stats this week.

“As the music industry continues to evolve, Songtrust has become the preferred option for more songwriters, composers, and creators to have access to the global music publishing network we are expanding every day. We are focused on being a business partner to the creative community, offering fair, flexible and affordable terms that help them get what they are owed.”

Neuman will also be one of the speakers at NY:LON Connect, the conference that Music Ally co-runs with the Music Business Association, in New York in January. She’ll be moderating a panel on what the collecting society of 2030 will look like, with panelists from Socan, AdRev, Peermusic and Sesac.

Hipgnosis Songs Fund has been snapping up a series of publishing catalogues in big-money acquisitions, and it has no plans to stop – but it needs another injection of funding to fuel its ambition. “With over £1...
Read More 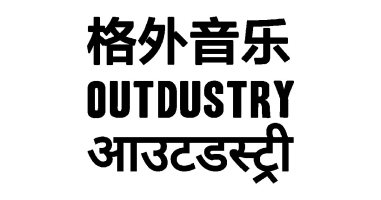 The major western music companies are, it’s fair to say, very keen to expand their foothold in the Chinese music industry. From beefing up their offices in China to taking investment from its digital industry’s...
© Copyright Music Ally All rights reserved 2020 - Website designed and maintained by