Justin Bieber arrives on TikTok as Yummy comeback kicks off 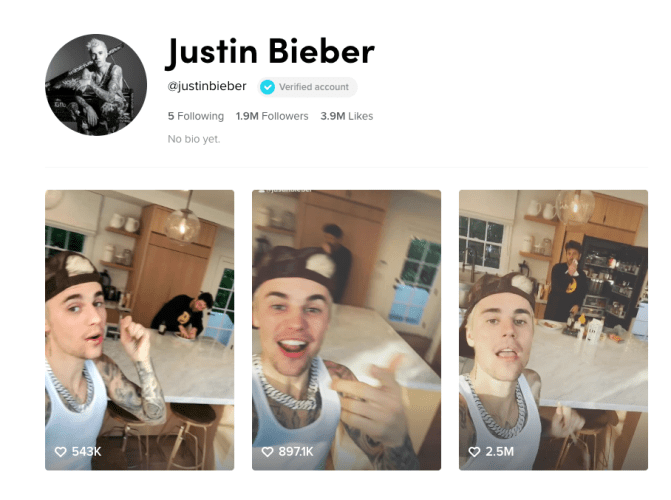 As he released his new single ‘Yummy’ and revealed his upcoming YouTube docu-series, Justin Bieber also joined TikTok. His account went live on 3 January, and at the time of writing (the morning of 6 January) he has 1.8 million followers – and three videos dancing and miming to his new single, while encouraging fans to do the same. He forgot to add a related hashtag to any of these posts – something we’ll put down to teething problems.

Bieber is the latest major music star to join TikTok, with Ed Sheeran (July 2019) and BTS (September 2019) among the other recent examples. It is clear that TikTok has gone far beyond the “gimmick” stage and is now treated as an essential part of the marketing arsenal for pop acts.

We are reminded of a story about why The Beatles were always “late” to things like CDs, downloads and streaming. Some saw this as evidence of arrogance or Luddite thinking but in reality it was Apple Corps (which was inundated with requests on a daily basis) having to be approached a set number of times about any new format or platform to take it seriously and to see that it has staying power. And if one thing was clear from our roundup of the best marketing campaigns of 2019, TikTok is now firmly part of the marketing arsenal alongside Facebook, YouTube, Twitter, Instagram and the major DSPs. Let’s see if Bieber sticks with it though: Sheeran’s account has lain fallow since the #beautifulpeople promotion he joined with.

One of many mysteries of this algorithm-driven age is how TikTok’s ‘For You’ feed works, in terms of the videos it recommends to users of its app. However, a report in the Financial Times this morning suggests that...
Read More