In August 2018, Hollywood mogul Jeffrey Katzenberg and tech exec-turned-politician Meg Whitman made waves by raising $1bn of seed funding for their startup NewTV, with plans to stream high-quality TV shows and films broken up into bitesize 10-minute episodes. Since then, NewTV has been renamed Quibi, and at this week’s CES show in Las Vegas it was one of the hot companies, ahead of its launch in April. Partly because it has just raised another $400m in funding from (unnamed) investors, to invest in content and marketing for its app.

The Los Angeles Times reports that Quibi will charge $4.99 a month with ads or $7.99 a month for ad-free viewing, with plans for 175 shows split across 8,500 episodes in its first year. “I’m more confident certainly than I was two years ago, now that we have real content on a real app,” said Whitman. Quibi has several profiles on tech websites this week offering more information and bullish quotes.

Whitman talked to TechCrunch about the comparison with YouTube, for example: “they make content for hundreds of dollars a minute. We make it for $100,000 a minute. It’s a whole different level — it’s Hollywood-quality content”. Katzenberg expanded on that to The Verge. “We’re competing against free. We have to offer something that is meaningfully, measurably, quantifiably, creatively different. They [YouTube and social media-companies] don’t know how to do what we do, with all due respect.”

It’s a bit reductive to call Tim Sweeney just the ‘Fortnite boss’ – his company Epic Games has a big business outside that game too, from the Unreal Engine development platform to game series like Gears...
Read More 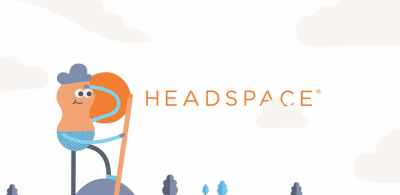 Back in November 2016, Spotify launched its first ‘bundle’ subscription with another digital service: meditation and mindfulness firm Headspace. The bundle still exists, although according to Headspace it’s...
© Copyright Music Ally All rights reserved 2020 - Website designed and maintained by