The UK and Germany – saw annual audio music streams pass the 100bn mark in 2019: 114bn and 107bn respectively. Now, with the greatest respect, the US is telling those fellow ‘big four’ global recorded music markets to hold its beer. According to Nielsen Music’s year-end music report, the US saw on-demand music streams surpass 1tn (one trillion) for the first time.

Total album sales were down by 18.7% in the US last year according to Nielsen, but overall consumption (‘album equivalent consumption’ across audio and video streaming and sales) was up by 15%. Meanwhile, within the continued physical decline there is still an interesting story around vinyl, which now accounts for 26% of all physical sales in the US – 18.8m units in 2019, up 14.5% year-on-year.

There are other fun data-points in the Nielsen report, from Drake’s 36.3bn on-demand streams in the US over the last decade to the fact that with 2.5bn streams in 2019, ’Old Town Road’ managed to become the most-streamed track of the entire 2010s in the US, nosing ahead of the 2.4bn streams of ‘Despacito’. Also note how the ‘Old Town Road’ streams broke down: just over 1bn audio streams and nearly 1.5bn video streams.

The surprise: Latin as a genre has fallen from 5.9% to 5.3%, despite the boom in Latin tracks. But video figures highly in that boom – Latin accounted for 14.5% of music video streams in the US in 2019 according to Nielsen – and that may be a drag on its overall share under the album equivalent consumption methodology.

The overall growth may be positive, but there are a few dark clouds too. Rolling Stone (working off the rival end-of-year report from Alpha Data – formerly BuzzAngle – which powers its charts) points to a slowdown in the growth of streaming. “Growth in on-demand streams was down nearly 30 percent from 2018, when streams saw 42 percent spike,” it reported. Meanwhile, MBW wonders whether there may be a “superstar recession” looming, using Alpha Data’s report and archives to point to a decline in the share of US streams for the biggest artists.

YouTube remains the Billy Big Boots of the online video world, according to the latest report from mobile analytics firm App Annie. It claims that of the time spent in the world’s five most popular video streaming apps...
Read More 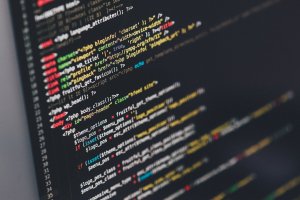