Live music-streaming firm LiveXLive has published some end-of-year figures showing its growth. The company, which also owns streaming service Slacker Radio, says it ended the year with 820,000 paid subscribers, having added 140,000 in the last year, while its total average monthly active users were 1.2 million at the end of 2019.

The company livestreamed 28 music festivals and events last year, and says it generated more than 63m livestream views – so an average of 2.25m per event. Is all this paying off for the company?

One graph in its investor presentation (the one titled ‘Paid Subscription Services’) shows that over the last year, revenues from subscriptions have been growing much more slowly than the number of subscribers. However, for LiveXLive’s overall business, the presentation shows that its revenues grew from $7.2m in 2018 to $33.7m in 2019, while its adjusted operating loss narrowed from $12.6m to $8.2m over that period.

The company hasn’t published its full financial results for 2019 yet, but its third-quarter financials detailed a $21.6m net loss over the first nine months of 2019. 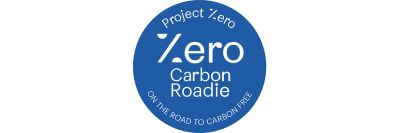 A growing number of artists are making their views known in the debate about how best to tackle the climate emergency. One of the thorniest issues for our industry, however, is touring. Ocean conservation organisation Project...
Read More

UK watchdog orders StubHub and Viagogo to pause their merger

The latest scrap between a regulator and secondary ticketing service Viagogo is, once again, in the UK. The Competition and Markets Authority (CMA) has tangled with the company in the past, and now it has served an ‘initial...
© Copyright Music Ally All rights reserved 2020 - Website designed and maintained by