When we write about music streaming in India, we tend to focus on the big, local audio services like Gaana, JioSaavn and Wynk Music; the international players like Spotify; and YouTube for video. We shouldn’t forget about MX Player though, an app that’s billed mainly as a video player, but which also now streams music, and is expanding beyond even these areas. “We ended 2019 with 280 million monthly active users,” its CEO Karan Bedi told The Economic Times in an interview.

MX Player is owned by Times Internet, part of the same corporate family as Gaana, and it’s certainly ambitious. “We are a multi-modal entertainment platform. We started music streaming six months back. Now, we have launched gaming. We want to give 360-degree entertainment. We are also starting to explore international markets.”

MX Player has the financial welly to do that, too: in October 2019 it raised $110m of funding from Times Internet and Tencent – notable, because it’s the second time Tencent has invested in a Times Internet product, following its involvement in Gaana’s $115m funding round in February 2018. 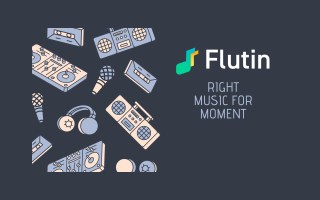 What do we know about the growth of the digital music market in India? We know that there are around 200 million people streaming music there, courtesy of a recent interview with Blaise Fernandes, head of industry body IMI....
© Copyright Music Ally All rights reserved 2020 - Website designed and maintained by