Even for those long of tooth and grey of hair, the Russian digital piracy problem seems to have been around for ever. For every breakthrough (or seeming breakthrough) there’s a setback. Here’s the latest progress.

Internet companies signed up to anti-piracy measures in 2018. None of these were ratified in law and were voluntary, but it was all seen as a step forward. There was a centralised database of what was deemed infringing content they could all draw on in order to police their own platforms or networks, the ultimate goal being to have this move into law at the end of 2019. But that didn’t happen, the memorandum they all signed timed out and so they were, it seems, back to square one. However, a recent meeting at the Media & Communications Union in the country saw the key players, guided by media and telecoms regulator Roskomnadzor (The Federal Service For Supervision Of Communications, Information Technology & Mass Media), have hammered out a new voluntary agreement and another extension stretching until January 2021.

Will this give them all the time they need to nail the drafting of a new anti-piracy framework and have it implemented into law in the country? Check back in a year’s time on that one…

In 2019, we wrote about a couple of piracy reports (here and here) that offered good news for the music industry: sharp declines in music piracy over the previous year. Now there’s another one for the list: a report...
Read More 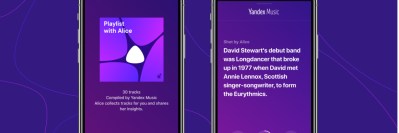 Yandex Music has 3.3m subscribers – and a playlist-commenting voice assistant

In the past, Russia has been one of the countries where music piracy seemed hardest to tackle, but a combination of things – including social network vKontakte coming in from the licensing cold and a governmental crackdown...
Read More

Anti-piracy firm AudioLock and distributor Label Worx have teamed up for a campaign called The Music Mission, which they say will target ‘pay for access’ piracy download sites. The companies want other music firms to...
© Copyright Music Ally All rights reserved 2020 - Website designed and maintained by