Fitness startup Peloton may have been sued by music publishers, but an upbeat interview given to Billboard by its head of music Paul DeGooyer aims to portray the company as a willing licensor, rather than a copyright-infringing miscreant. He talks about Peloton’s ‘Crescendo’ library of songs available to stream with its classes, saying that the library now includes “over a million” licensed tracks.

“The lawsuit really didn’t change how we do our jobs. Crescendo made it a lot easier to ensure that we were licensed and compliant,” said DeGooyer. “We had been talking about having to build this custom system because we had explored every option that was there commercially off-the-rack, and we found them all wanting.” He added that while Peloton had to remove a lot of tracks when the lawsuit hit, “we were able to build back the library very quickly”. However, the lawsuit is ongoing, and Peloton this week received a setback when a judge dismissed its countersuit against the music publishers, which had alleged anticompetitive behaviour on their part.

Spotify is excited about having finally launched in South Korea, but the company will be rather less excited about losing a significant chunk of its K-Pop catalogue globally. After licensing negotiations broke down with one...
Read More 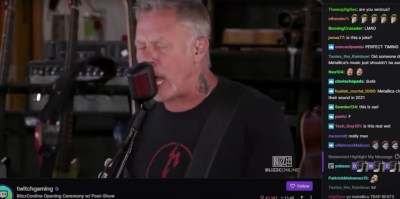 If you haven’t watched the video clip of the moment a Metallica livestream on Twitch had its audio abruptly switched to a pastoral folk tune, we thoroughly recommend it, not least for the viewer in the chat who immediately...
Read More

As PRS for Music’s recent launch of a livestreaming tariff in the UK (and subsequent u-turn after a barrage of criticism) showed, creating licensing for livestreams is a sensitive affair right now. The European Music...
© Copyright Music Ally All rights reserved 2021 - Website designed and maintained by