At AIM’s London conference this week, AIM Connected, Quicke addressed what he sees as the central question underpinning this: “What can music do to fix the climate crisis?”

Quicke had recently returned from a meeting in Brussels with Frans Timmermans, the European Commission’s executive vice president, who’s leading the EC’s work on the European Green Deal and its commitments to reduce emissions.

“He made it very clear that he thought music had a big role to play in fixing the climate crisis,” said Quicke in his AIM Connected speech.

“He’s got a big job selling the Green Deal and zero emissions, and he sees music – and culture generally – as a big driver in selling it. We need to step up, despite Brexit, to do it for Europe and for the whole world.”

Quicke set out three ‘spheres’ of action that the music industry needs to take. The first is “getting our house in order: reducing our emissions and being in control of our own footprint.

Quicke said that an important early step for any business is to “appoint a champion or champions” within the company to be driving this agenda.

He also addressed the music industry’s products. “I don’t think we need to stop producing vinyl and CDs, they are not single use plastic after all, but we do need to produce and distribute them with the minimum footprint,” he said.

“Stop using CD jewel cases. That’s one of the biggest things you can do. They have a footprint 20 times that of card sleeves… They’re heavily polluting to produce, and they’re non-recyclable. And obviously, if you use a card sleeve you’re encouraging trees to be grown [in sustainable forests]. Switching to card sleeves is a fairly simple… well, it’s not a simple process, but it’s a simple idea.”

Quicke welcomed a study that climate-focused organisation Julie’s Bicycle is undertaking with five labels, to figure out the five easiest changes they can make to improve their footprint. Their findings will be published in due course.

Quicke added that record labels need to try to reduce their use of air freight for physical products, while acknowledging that this can be difficult: for example, if an artist delivers their album only two months before an overseas tour, requiring units to be shipped by air to, say, the US.

“One solution we’re using is to press records in the UK and in the EU and in the US. You spend a little bit more on origination of the cut and the process, but you save a load on transport, so that’s a win win situation,” he said.

Quicke also encouraged labels to switch their vinyl production from 180 gram to 140 gram, promising that “there’s no audio quality loss” but lots of benefits in terms of footprint. “You can press on recycled now, the quality’s getting better and better. And you don’t need to shrink-wrap everything now… In fact, you should insist that [suppliers] don’t shrink-wrap them.”

Switching electricity supplier to those using 100% renewable sources, and offering staff incentives to travel by train, were other changes that Quicke suggested labels could be exploring. “And you should start offsetting,” he added, pointing labels to the website Gold Standard for tips on this, and promising that AIM will be issuing its own advice soon.

The second sphere is for the music industry to be “using what commercial leverage we have to get our suppliers and commercial partners to improve their practices”.

Quicke said that in itself, simply asking suppliers questions like where they get their electricity from and what their sustainability policy is can be a powerful action, even without threatening to stop using them.

The third sphere? “Having done those [other] things, you’re in a very strong position to demand that the government changes, and that corporations change,” said Quicke.

“Once we’ve done that, we’re better able to speak out and demand change from others. The savings that you make or I make personally, or my company makes, aren’t actually that significant in the grand scheme of things, but what they do is indicate what needs to be done in the world, and the culture people need to think about when doing business.”

He added that labels can encourage their artists to speak out, but he also acknowledged some of the tensions around this for those artists.

“They have a very delicate relationship with their fans. They don’t want to upset them or be asking too much of them. And when artists do speak out, they get lambasted by trolls telling them they’re hypocrites,” he said.

He praised artist Ellie Goulding’s response to these accusations, in a speech last October (which you can watch here) and offered his own response too.

“We need to travel, there’s a footprint, so we just need to make actions to balance it,” he continued. “Just be wary of that, and protect your artists when there are calls of hypocrisy.”

Earlier in his speech, Quicke had explained his personal motivations for getting involved in climate activism: his two children, aged 19 and 22.

“They’re lovely energetic young men, and I promised them i’m going to do everything I can to make sure that the world they grow up is a positive one, not riven with climate disaster. And for them to have children and know their children will be safe,” he said.

Quicke also described in blunt terms the incentives for individuals and industries alike to join the fight to avoid “terrifying” consequences of runaway climate change.

“It’s not just fires in Australia. There’ll be fires across Europe and America and elsewhere. And there’ll be migration and food shortages and violence and conflict as a result,” he said. “We need to act before too many feedback loops become too strong.”

“It’s very natural to have an emotional response to this. ‘We and our parents have wreaked disaster on this world, we’re destroying the ecology…’” he said. “It’s a horrifying thought, and we all have an emotional reaction to that. It’s important to spend a little bit of time being aware of that… and then to use it, actually, to drive yourself to make some changes… And there is hope. There are lots of things we can do to change. The important thing to do is to get started.” 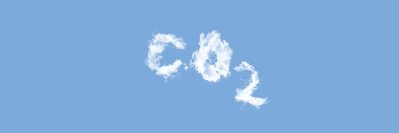 There are a number of initiatives up and running to help music festivals become more sustainable, in the face of the climate emergency.
Read More

Spare a thought for independent label Topshelf Records today, which is scrambling to deal with the after-effects of its mail-order fulfilment partner going bankrupt.
Read More

The Independent label has announced that its artists will all now get a minimum of 30% of the digital royalties from their music.