Research firm Nielsen’s latest ‘Total Audience Report’ is its first to tap smart TV data from Gracenote, and focuses on American homes that are (in TechCrunch’s words) “capable of over-the-top streaming” – i.e. Netflix, YouTube etc. Among those homes, streaming accounted for 19% of the TV time in the final quarter of 2019.

Given the high penetration of YouTube in the US even among older demographics (58% of those aged 65+ watch it, according to Statista), overlapping that with these Nielsen numbers would suggest that smart TV users are less drawn to it because they want to watch long-form content on their TV and regard YouTube as primarily for short-form content that is more suited to (and convenient to access on) laptops, tablets and smartphones.

The Nielsen report also had an audio-only focus and found that 64% of US adults in the US streamed audio on their smartphones and 25% stream on their tablets. Also of note in this study is the finding that, in a study of 1,000 respondents, 91% pay for a streaming video service while 30% said they paid for three or more. On the audio side, 63% said they paid for a streaming music service and 53% paid for two. 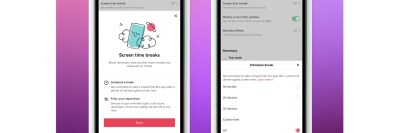 They include a dashboard showing people how much they've been using the app, and plans for "weekly digital well-being prompts" for 13-17 year-olds.
Read More

According to the IFPI, Sub-Saharan Africa generated $70.1m of revenues from recorded music in 2021.