Fresh from signing up M.I.A. to fan-fund on its service, Patreon has opened an office in Berlin. It’s part of a wider expansion across Europe, with offices already in Porto and Dublin.

Patreon is also allowing newly-signed-up creators to now price their tiers and be paid in euros, pounds or dollars –existing creators on the platform will have to wait a few months. Additional currencies are on the way, and Patreon says it will be talking more about language localisation options towards the end of this year.

The company is also highlighting some of its European creators, including German artists Einstürzende Neubauten and Judith Holofernes.

Patreon is already a global platform in terms of its community, mind: the company says that more than 40% of its 150,000 creators are based outside the US, and a similar percentage of its patrons.

The expansion follows Patreon’s $60m Series D funding round in July 2019 – complete with System of a Down’s Serj Tankian chipping in as an investor – which the company said would be used to fuel international expansion.

As of November 2019, Patreon’s creators had earned more than $1bn since its launch, with its community of patrons having grown to four million people. 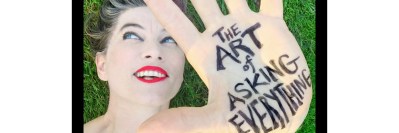 Amanda Palmer launches The Art of Asking Everything podcast

Artist Amanda Palmer has always been eager to explore new ways of connecting with her fans. The latest example is a weekly podcast, The Art of Asking Everything. It launches on 29 September with 10 episodes already lined...
Read More

Patreon lays off 13% of staff amid Covid-19 uncertainties

Fan-funding firm Patreon is laying off 13% of its staff, which according to TechCrunch is 30 employees. The company cited the Covid-19 pandemic as the cause. “It is unclear how long this economic uncertainty will last...
Read More

Let’s start today with Germany, at a time when bodies representing musicians and the music industry are pressing governments around the world for relief and support.
© Copyright Music Ally All rights reserved 2020 - Website designed and maintained by