Back in 2013, we reviewed Ninja Jamm, a music-remixing app launched by independent label Ninja Tune. It was good fun, and according to Ninja Tune, it was downloaded more than 600k times. Now it’s getting a sequel called Jamm Pro, which launched for iPad this week.

It’s a more powerful music-production tool than its predecessor, complete with the ability for people to upload and use their own samples, rather than just the ‘sound sets’ created by Ninja Tune. The new app is also intended to be used to play live, as well as being used in a production environment.

The plan is to charge £19.99 to download the app (with a half-price offer for its first two weeks) with in-app purchases used to buy sound sets on top of that.

“Sound is living data, like DNA. Just as information wants to be free, not fixed, sound can be fluidly mixed, mutated, and recombined in infinite ways so the mix is never finished, it stays alive,” said Ninja Tune and Coldcut’s Matt Black, who designed the app. You can see it in action in this demo video. 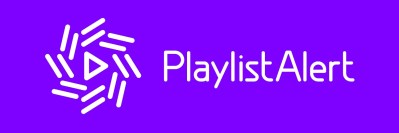 Humble Angel Records is the streaming-focused imprint launched by former Playlists·net and WMG executive Kieron Donoghue in 2018. Now the company is diversifying beyond simply releasing tracks by releasing an app. Available...
© Copyright Music Ally All rights reserved 2022 - Website designed and maintained by