There are many reasons why Apple is one of the world’s most successful companies, and its ‘walled garden’ of hardware, software and services is one of them. However, it has also proved controversial when companies making services that compete with Apple’s think they’re not getting fair access to its hardware and/or software. Spotify’s anti-competition complaint against Apple last March is the most prominent example in our industry, complete with a timeline tracking its issues with the App Store, HomePod and other Apple products.

In a climate of wider regulatory and political interest in big technology companies’ stewardship of their platforms, though, things may be changing. Apple has already opened up its Siri voice assistant to third-party services like Spotify, but now Bloomberg is reporting that Apple may go a step further and allow its users to replace the ‘default’ apps on its devices with their preferred, non-Apple services. For example, they might want to replace Apple’s Mail and Safari apps with Gmail or Outlook, and Chrome or Firefox.

The report also specifically mentioned music, suggesting that Apple is “considering loosening restrictions on third-party music apps, including its top streaming rival Spotify Technology SA, on HomePods” – and also with Siri on iOS devices. To be clear: you can use non-Apple streaming services on HomePod already by using an iOS device’s AirPlay feature. What would be different would be the ability to set Spotify (or another service) as the default on HomePod, as can already be done on Google Home and Amazon Echo smart speakers.

This would certainly be a big move for Apple in terms of its corporate culture, even if the impact in terms of usage of the relative music services wouldn’t be seismic. Rather than sparking a sudden drain of millions of subscribers from Apple Music to its rivals, it’ll simply make life a bit less fiddly for the iPhone, iPad and HomePod owners who’ve already decided to use those rivals. Still, opening up in this way (and let’s be honest: the fact that it’s being trailed in the media ahead of time) is very relevant to those ongoing questions around access to platforms and fair competition that regulators are still picking over. 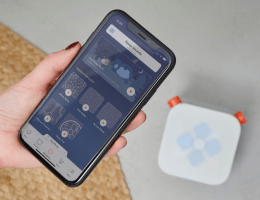 It was only yesterday that we were writing about children’s speaker startup Yoto launching an exclusive set of music albums. Now it has some funding news too. The British company has raised a $17m funding round from investment...
Read More

We covered British startup Yoto when it launched in 2017. Founded by former 7digital boss Ben Drury, it was a speaker for children, minus the connectivity (and thus privacy worries) of smart speakers for grown-ups, but...
© Copyright Music Ally All rights reserved 2021 - Website designed and maintained by