Earlier this year, we pointed you in the direction of an article exploring how 24-7 lo-fi hip-hop YouTube livestreams make their money. It’s still well worth a read, if you missed it at the time. Now one of those channels, ChilledCow, has been making headlines after it was temporarily suspended by YouTube – a suspension that turned out to be a mistake, so has been reversed.

The temporary takedown brought to an end its position as one of the longest-running videos in YouTube’s history: according to The Verge, ChilledCow’s livestream had been running for more than 13,000 hours, and had generated more than 218m views.

The channel itself has more than 4.4 million subscribers, and at the time of writing, its restarted ‘Beats to relax/study to’ livestream is being watched by 32,000 people – this is 8am in the UK, and midnight on the west coast of the US.

If you’re new to its charms, the stream is accompanied by a looping animation of a girl scribbling at her desk, occasionally looking out of the window where her cat is sitting, swinging its tail.

Like other lo-fi hip-hop channels, there’s more to ChilledCow however: it has profiles on Spotify, Apple Music and SoundCloud – the Spotify playlist of ‘Beats to relax/study to’ has nearly 1.4 million followers on that platform – and there is also ChilledCow merchandise. 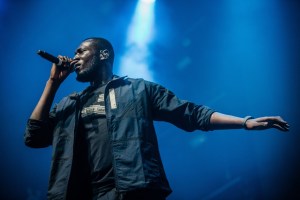 BPI highlights growth of rap and hip-hop in the UK

Hip-hop’s cultural status was well established before streaming came along, but the new music format has put the afterburners on the genre’s commercial clout. New research published by British industry body the...
Read More

The Pew Research Center has been surveying Americans on their social media usage, and found that… not much has changed. “YouTube and Facebook continue to dominate the online landscape, with 81% and 69%, respectively,...
© Copyright Music Ally All rights reserved 2021 - Website designed and maintained by