In nearly a decade between being founded and going public, Spotify is estimated to have raised $2.6bn in funding. Compare that to video-streaming startup Quibi, which hasn’t launched yet, but has already raised $1.75bn – including a new round of $750m this week, a month ahead of its debut. This is the company co-founded by Hollywood mogul Jeffrey Katzenberg and tech veteran Meg Whitman, which is placing its (increasingly big) bets on short-form mobile video.

Variety reports that the new round included investment from ‘studios, major technology companies, strategic partners and financial investors’, and notes that Quibi has been spending ‘up to $100,000 per minute on production budgets for originals’, with the service due to launch with around 50 shows.

It’ll cost $4.99 a month for a subscription with some advertising, or $7.99 to remove the ads. There are plenty of doubters pointing to the already-intense competition in the video streaming market, but while even $1.75bn can’t make a startup too big to fail, Quibi does appear to have a decent amount of runway to give its strategy a go.

Is everyone an influencer in 2020? Well, not everyone, but according to investment firm SignalFire “more than 50 million people around the world consider themselves creators, despite the creator economy only being born...
Read More 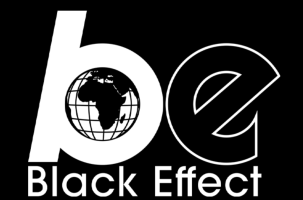 Veteran radio host Charlamagne Tha God is launching a new podcast network, in partnership with radio/streaming firm iHeartMedia in the US. It’s called The Black Effect Podcast Network, and is promising to create shows...
Read More

The question of how long the ‘long tail’ of streaming is – and also how miserable it might be – has long been a subject for debate in the music industry. US analytics firm Alpha Data has some new figures...
© Copyright Music Ally All rights reserved 2020 - Website designed and maintained by