Algoriddim is one of the key players in the world of DJ apps, with its app Djay. Recently we reported on its addition of support for music from Tidal and SoundCloud, alongside its existing integration with Spotify.

“As of July 1, 2020 Spotify will no longer be playable through 3rd party DJ apps. You’ll still be able to use Spotify in djay until the end of June 2020,” announced Algoriddim in a blog post. Users will be helped to migrate their libraries of tracks to Tidal or SoundCloud in the meantime.

The post makes it very clear that this isn’t a dispute between Algoriddim and Spotify: it’s a new policy withdrawing Spotify’s API’s support for all DJ apps.

Music Ally contacted the streaming service, and it declined to comment.

One reaction to the news might be to wonder if Spotify is planning new features in its own app for mixing (or at least creating DJ-style mixes) with playlists. However, it may also be licensing-related: uncertainty about whether Spotify’s licences adequately cover access to its music for DJs broadcasting to audiences. If that, however, you’d have to wonder why those apps were approved for API access in the first place. 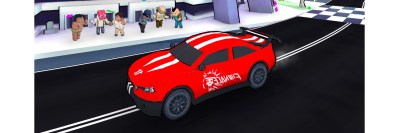 Many people use music streaming services while at work, but now Spotify is looking to formalise this as a business line.