British collecting society PRS for Music has launched an Emergency Relief Fund for its members, created with the PRS Members’ Fund and PRS Foundation. To qualify, applicants have to have been members of PRS for at least two years and earned over £500 in PRS royalties in those two years. Grants of up to £1,000 will be made, and applications are open from 9am GMT today.

Also in the UK: Help Musicians has launched its own Coronavirus Hardship Fund, starting off with £5m that eligible musicians can apply for by filling in an online form if they are “suffering significant financial hardship”. The news follows the charity’s launch of its Corona Advice for Musicians website with advice and links. Both of these initiatives are based in the UK, but when we report on single-country initiatives at the moment, we’re hoping it’s useful information for organisations elsewhere in the world, mulling their own plans. Please do email our editor Stuart Dredge if you have news on national funds and resources in your country.

Elsewhere, governments are finally announcing some of their support plans for self-employed workers – a category that applies to many artists and other people involved in the music industry. Here are the details on the British government’s plans, and here’s Variety’s take on what the US’s $2tn federal stimulus bill will mean for self-employed people in and around the music industry. “From paycheck protection and stimulus checks to grants that help with rent and mortgage payments, the legislation will help the creative community,” said NMPA boss David Israelite, while RIAA boss Mitch Glazier said it will “ensure that hundreds of thousands of musicians can continue to pay rent, put food on the table, and care for their children during this public health crisis”.

What else? Sofar Sounds is paying all artists who’ve had a Sofar event cancelled; creating a $250k fund for direct financial support; and launching an online listening room for livestreams. Tencent is creating its own $100m Global Anti-Pandemic Fund; Apple has sourced “10m masks for the US and millions more for the hardest hit regions in Europe” by putting its supply-chain teams to work; and France has announced a €4bn scheme to support startups specifically.

The good news is also about the grassroots efforts by musicians. One idea doing the rounds on Facebook yesterday focused on musicians who have fewer than YouTube’s 1,000 subscribers requirement for joining its partner program. #YouFollowMeIFollowYou will see these artists following one another, and thus helping to reach the minimum requirement. If it snowballs, it could be really helpful – although perhaps YouTube could also do something to fast-track professional musicians into the partner tier, along the lines of how Twitch is working with SoundCloud and Bandsintown.

Meanwhile, Indian industry journalist Amit Gurbaxani has created a Google Sheet of all the Indian independent albums and EPs released this year, with over 90 releases from artists who may be severely impacted by the pandemic – the majority of them really do depend on concerts to make their living. He’s hoping it will help them to get some more listeners, including internationally. Finally, to make you smile, the surviving members of American rock band The Knack have bowed to fan calls to rework their ‘My Sharona’ hit with current events in mind. Take a bow: ‘Bye, Corona!‘ 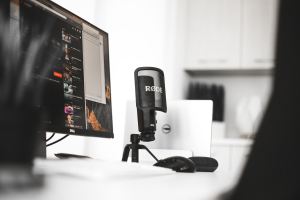