MX Player is an on-demand video streaming service owned by Times Internet (the digital arm of Indian media conglomerate Times Media) and has over 175m active users in India. It has now expanded to six new countries – the US, the UK, Canada, Australia, New Zealand, Bangladesh and Nepal. This comes after a significant investment round last year totalling $111m which was led by Tencent.

Rather that go up against the dominant players in the subscription market – among them Amazon, Netflix and Disney – MX Player is an ad-supported play. While its catalogue of titles are licensed in from other TV companies and movie studios currently, the company indicated that it will start to invest in and commission original content.

MX Player is also interesting from a music perspective as it has bundled in free music streaming in India via Gaana (which is also owned by Times Internet). After this first wave of expansion, the company said that the Middle East and South Asia will be the focus of its new rollout. 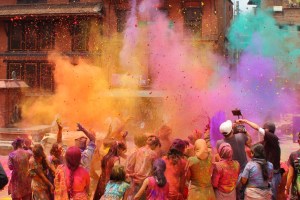 TikTok’s ban in India has created a boom in user growth for other short-video apps, particularly those launched by Indian companies. However, western app Triller is also hoping to capitalise, and has just signed a licensing...
Read More

Complaints about the music industry suffering from a ‘value gap’ are far from just a western affair. Indian music industry body IMI has published a report exploring why the film industry in India has grown so...
© Copyright Music Ally All rights reserved 2021 - Website designed and maintained by