The head of Russian anti-piracy body the Internet Video Association has claimed that voluntary piracy measures in the country imposed two years ago have been having the desired impact.

Back in 2018, a number of Russian content companies, platforms and distributors – bowing to years of pressure, lobbying and litigation – signed up to a voluntary anti-piracy memorandum in the country. This included major names such as Yandex and vKontakte and was based on the creation of a centralised database of infringing content that was regularly checked so that link and site delisting could happen. The goal was to make it harder for users to locate pirated content via search engines and it appears to have delivered positive results for rightsholders.

In an interview with Russian site Regnum translated by TorrentFreak, Alexei Byrdin, DG of the Internet Video Association, said, “Pirated products in the Russian Federation have become less accessible. And by accessible, we mean the easy discovery of pirated content through search services. It was at this point that our anti-piracy memorandum struck home. Last year there were several high-profile premieres that managed to be practically shielded from the effects of pirate consumption, thanks to the memorandum.” This has also happened in lockstep with the development and promotion of legal alternatives. While the 2018 memorandum is voluntary, the end goal is to have it written into Russian law.

It's been a while since we've seen public tensions in the west between music rightsholders and Apple over piracy apps – Apple's involvement being as the owner of the store through which those apps are distributed. According...
Read More 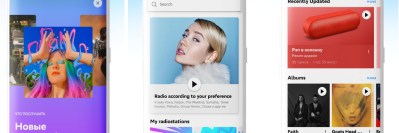 Spotify’s launch in Russia this July put the spotlight back on one of the more intriguing music markets in the world – historically dogged by piracy, but now with a collection of global and local services trying to...
Read More 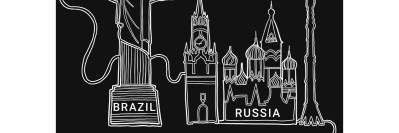 One of the music distribution trends of recent years has been aggressive geographic expansion, as distributors look to gain footholds in burgeoning new markets for music streaming – or those anticipated to grow rapidly...
© Copyright Music Ally All rights reserved 2020 - Website designed and maintained by