Let’s start today with Germany, at a time when bodies representing musicians and the music industry are pressing governments around the world for relief and support.

The German federal government is providing an aid package for the creative and cultural sectors there of €50bn (around $54bn). “The cultural sector in particular is characterised by a high proportion of self-employed people who now have problems with their livelihoods,” said culture minister Monika Grütters. The package is a mixture of grants and loans.

Travel now to India, where collecting society IPRS has launched its Emergency Relief Package, with plans to share out an undisclosed amount between around 3,150 songwriters and composers. “Our contribution for the time being to help our creator members tide over this period of the 21-day lockdown [declared earlier this week] to be able to purchase basic necessities,” said chairman Javed Akhtar.

A separate piece on RadioAndMusic explains some of the particular challenges coronavirus is posing to the Indian music industry, with its reliance on films and live events.

There’s more positive news from live-video platform Twitch, which has announced a 12-hour streamathon called Twitch Stream Aid this Saturday with participation from musicians, gamers and athletes. It’ll be raising money for the World Health Organization’s COVID-19 Solidarity Response Fund, with Ellie Goulding, Diplo, Lauv, Charlie Puth and Jordin Sparks among the artists due to perform (from their homes). Twitch will be following the event with a week’s worth of fundraising across its platform.

Patreon’s blog post analysing its data from March also has some reasons for optimism. The fact that more than 30,000 new creators (all kinds, musicians included) launched on the platform isn’t necessarily a happy thing – it’s a reflection of their challenged income streams – but fans seem to be responding.

“These new creators are acquiring patrons faster than usual,” reported Patreon. And in general: “An unusually large number of fans are subscribing to creators on Patreon… We’ve seen slightly more pledge deletion, but not nearly enough to offset the increasing numbers of new pledges.”

Elsewhere, Taylor Swift is pinging $3,000 PayPal payments to fans who she’s noticed worrying on social media about their finances, and Ed Sheeran will pay the full wages to staff in his restaurant for the duration of the outbreak (“and he’ll see them all again for a massive p*ss-up once the world gets back to normal”).

Finally, the #iloverecordstores campaign is underway with stars publishing videos and social posts explaining why they love independent record stores: here’s Primal Scream’s Bobby Gillespie and actor Martin Freeman’s, and the hashtag is all that’s needed for your artists to join in. 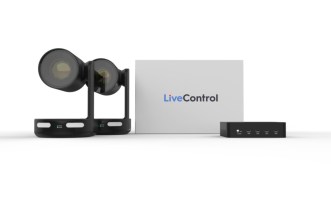 In India’s overcrowded audio streaming market, a focus on independent music has been one of the ways DSPs have differentiated themselves. Although Spotify has been active in the space since launching in the region in early...
© Copyright Music Ally All rights reserved 2021 - Website designed and maintained by