There are plenty of ways for artists to perform concerts at home and livestream them during the current period of social distancing and self-isolation, but not quite so many ways to charge fans to watch.

One recently-launched option is a startup called Side Door. Its core business is (or rather: will be, once the lockdown ends) facilitating Sofar Sounds-style ‘micro-performances’ to be booked in people’s homes and other unusual venues.

However, the company has now developed a feature to sell tickets for livestreamed shows, and will be waiving its commission for anyone using its service during April. Co-founder Dan Mangan is a musician himself, and attracted more than 600 ticketholders to his last concert on 28 March.

It’s a nifty pivot for a startup that was planning to make a big splash at SXSW last month, until the festival was cancelled. Billboard has a good piece on how Side Door and other startups like Looped and StageIt are helping artists to sell tickets for livestreams, rather than just putting them on as free events. 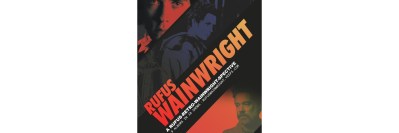 As the physical live-music lockdown stretches on, artists are finding new spins on livestreaming. The latest example is Rufus Wainwright, who's kicking off his 'Rufus-Retro-Wainwright-Spective!' series of streams in October. He's...
© Copyright Music Ally All rights reserved 2020 - Website designed and maintained by