CNN has acquired the assets of startup Canopy and hired the company’s development team to work on NewsCo, the codename for the broadcaster’s planned news and information platform.

We’ve written about Canopy several times: it was co-founded in 2018 by former Spotify executives Brian Whitman (previously co-founder of The Echo Nest) and Annika Goldman.

The idea was to develop personalised recommendations technology that *didn’t* involve scraping people’s tastes to build up profiles on their habits on the company’s own servers. At that time, Canopy was going to focus on music, news articles and places to visit.

In September 2019 the company launched Tonic, a ‘news discovery’ app powered by its technology. Now Canopy’s team will be doubling down on that segment for CNN.

“The NewsCo platform is being built from scratch but will benefit from the knowledge and learnings of the team who developed it,” explained a FAQ on the deal published by CNN. “We will be phasing out Tonic over the coming weeks in order to focus on new news and information products and platforms.”

NewsCo is expected to launch within the next year, with Canopy’s 15 staff swelling its team to “approximately two-dozen people” – so they’ll clearly have a big impact on its development. The bittersweet element of this news is that it seemingly puts the kibosh on any hopes that Canopy’s technology will be put to work on music discovery. Perhaps other startups will take up the baton of on-device recommendations and apply it to music though. 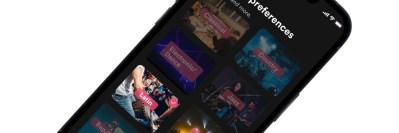 Sensor Tower analyses data from Apple and Google's app stores to understand which apps, games and companies are the most successful.