British music industry body the BPI has been analysing its data on music streams in 2019. It includes the finding that tracks from that year accounted for 21.1% of all streams, with tracks released in 2018 accounting for 18.6%. That means the lion’s share of streams in 2019 in the UK came from tracks released before 2018: 60.3%. It’s important to note that this is all based on analysing the 15,000 most-played tracks of the year – those with more than 1m plays in the UK.

The trend is that older music is growing its share: the 60.3% figure compares to 56.5% in 2018 for tracks defined as ‘catalogue’ according to the BPI.

The body also noted that it’s still the frontline releases that dominate the top of the streaming charts: only three tracks from before 2018 featured in the top 50 for 2019. Its report also highlights the role TikTok is playing in spiking streams of some older tracks: Lizzo’s ‘Truth Hurts’ (from 2017) and Mariah Carey’s ‘Obsessed’ (from 2009) being two examples.

Spotify, Apple Music and Amazon Music had their say at the UK’s streaming economics inquiry yesterday: if you missed it last night, here’s our report on their session. But yesterday the parliamentary committee...
Read More

Reporting on a two-and-a-half hour parliamentary inquiry session the day after liveblogging a two-hour Spotify event plus associated interviews? That's living alright! It's a busy week for anyone involved with the music...
Read More 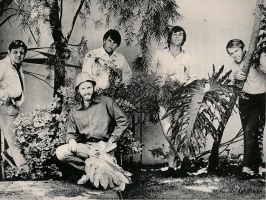 The Beach Boys are the latest to join the heritage artists buyouts bonanza, selling a controlling interest in their master recordings and a cut of their publishing, memorabilia and overall Beach Boys brand to Irving Azoff’s...
© Copyright Music Ally All rights reserved 2021 - Website designed and maintained by