The live sessions and the livestreaming just keeps coming. TikTok has created a new Live Sessions series in the UK based around British artists.

The aim is that each artist will give viewers their personal guide to life during lockdown. For example, Goulding (who was due to open the series, but had to reschedule) will show fans around her home studio, talking about the instruments she uses when making music and what books she is reading.

Each session will go live on TikTok at 7pm UK-time on the aforementioned dates. The emphasis on artists talking rather than performing may be sensible: TikTok does now have a set of short-term licences with major labels, but as we reported earlier this month, publishers in the US particularly are threatening legal action if the company doesn’t reach agreements with them too.

The music industry still tends to think of TikTok as an ad-supported business. However, the company's revenues from consumer spending are growing impressively.
Read More 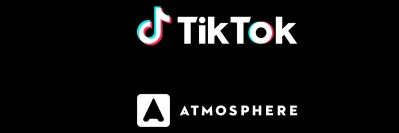 If only there was a way to watch TikTok videos while eating out, working out or hanging around in doctors’ waiting rooms...
Read More

The Insider Intelligence – formerly eMarketer – report claims that the app is now bigger than both Snapchat and Twitter for global users.
© Copyright Music Ally All rights reserved 2022 - Website designed and maintained by