Music Ally first wrote about production marketplace BeatStars back in June 2012, when we noted that it had already been dubbed ‘the iTunes of beats’. Eight years on, it’s now famous as the website where Lil Nas X bought a trap beat for $30 and used it to make a track called ‘Old Town Road’.

In June last year, BeatStars said it had paid out $50m to the producers selling their beats on the platform. And now it has a very interesting partnership with publisher Sony/ATV. It’ll see the latter providing publishing and administration services to BeatStars’ community of musicians and producers: pitching songs and beats for sync and recorded music opportunities, as well as its ‘expedited foreign royalty payments’ feature to get royalties to creators more quickly. It’s one of the first tie-ups of this nature that we’ve seen between a major publisher and the world of beats production.

The news also came with a new stat: BeatStars has now paid more than $70m of royalties to its creators, meaning it’s been paying out around $2m a month since its last milestone in June 2019.

We reported yesterday on the ruling by the D.C. Circuit Court of Appeals on the appeal by Amazon, Google, Pandora and Spotify against new songwriter royalty rates set by the US Copyright Royalty Board. The decision was seen...
Read More 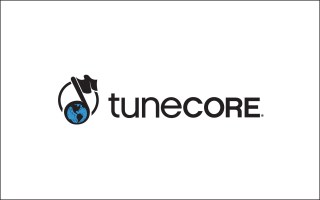 It's clearly the time of year for lawsuits and legal threats. Publisher Round Hill Music is suing distributor TuneCore and its parent company Believe. The lawsuit claims that the two companies "reproduced and distributed...
Read More

NMPA boss takes another shot at Triller over licensing

Triller may be suing TikTok for patent infringement, but the case has got the National Music Publishers Association (NMPA) boss David Israelite riled. "I want to make sure I am clear on this. Stealing someone else’s...
© Copyright Music Ally All rights reserved 2020 - Website designed and maintained by