Quick work, Fortnite. Last week we reported on the addition of a ‘Main Stage’ music venue to the game in its new Party Royale mode, and speculated that it could be used for live performances and DJ sets.

On Friday night, Diplo rocked up to play a Major Lazer set, giving us the first glimpse at how those performances will work. The event saw video footage of Diplo and his mixing desk (edited to include backing dancers and graphics) broadcast on the venue’s big screen as the music played.

The live set on Friday night was followed by a rebroadcast on Saturday for people who missed it first time round, following the pattern laid down by Travis Scott’s recent set of performances.

You can watch the full set on YouTube, via Major Lazer’s own channel. The event didn’t answer some of our lingering questions around rights and royalties for these kinds of performances, although a DJ set of your own band’s music is, one would think, on slightly safer ground (publishers and collecting societies may have some caveats with that).

It's a busy week for music documentaries on YouTube, with two launching yesterday. 'Together We Rise: The Uncompromised Story of GRM Daily' is a four-part documentary based on the British music brand and its founder Posty,...
Read More

Fortnite is the next frontier for K-Pop stars BTS

BTS are no strangers to the gaming world, having starred in their first mobile game BTS World last year, with a follow-up (BTS Universe Story) about to launch. Now the K-Pop stars are heading to one of the biggest, buzziest...
Read More 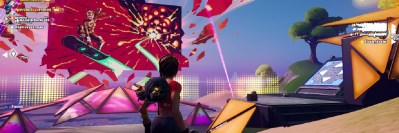 Fortnite is launching a new series of in-game music concerts

Since May, video game Fortnite has had its own permanent music venue: the 'Main Stage' in its Party Royale mode. Diplo, Steve Aoki and Deadmau5 were among the first artists to play events there, but now the game's publisher...
© Copyright Music Ally All rights reserved 2020 - Website designed and maintained by