It’s fair to say that the Verzuz battle between Jill Scott vs Erykah Badu was hotly anticipated – and thankfully (given the technical difficulties we’ve seen in previous battles) lived up to expectations. It did pretty well in figures too: Scott posted a follow-up Instagram pic celebrating “1+ Billion Impressions” for the event, which saw both stars spinning and talking about their back catalogues. The battle was captured and posted on YouTube, naturally, and appears to have attracted more than 740,000 viewers at its peak.

The New York Times has some good background on what’s been happening with music on Instagram Live more widely, and specifically hip-hop – including the backstory for the Verzuz battles.

Facebook warns that it could pull out of Europe altogether

American TikTokers have been grappling with the existential (in app terms) question of what they'd do if the app was banned. Now imagine the rumpus if Facebook and Instagram were suddenly unavailable across the whole of Europe. It...
Read More 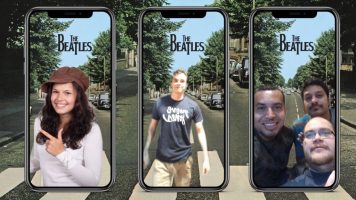 How do social media camera filters work, how much do they cost to make, and are they worth the investment?

In 2020 you’re nothing in the music industry without your own custom AR filter, layering brightly covered digital swirls over camera displays. Legendary artists such as Prince, Pink Floyd and The Beatles have all launched...
Read More 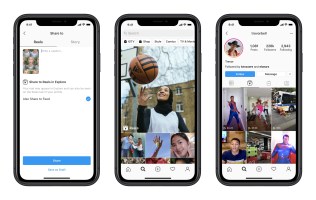 Instagram Reels rolls out to more than 50 new countries

While the tech and music industries alike await TikTok's fate in the US, Instagram has pressed ahead with the official launch of its 'Reels' feature. That's its strikingly TikTok-like tool for creating 15-second videos...
© Copyright Music Ally All rights reserved 2020 - Website designed and maintained by