There’s no doubt that livestreaming is having a big moment during the Covid-19 pandemic… but how big? A report published by industry firms StreamElements and Arsenal·gg aims to put some numbers to the livestreaming spike. It identifies 99% year-on-year growth in ‘hours watched’ for livestreaming services including Twitch, YouTube Gaming, Facebook Gaming and Mixer in April.

Twitch, for example, saw 1.65bn hours watched that month alone, up from 819m in April 2019. What’s most interesting for us are the figures focusing on Twitch’s ‘music and performing arts’ category. The report claims that the category saw 17m hours watched in April 2020, a 385% increase from 3.6m a year ago.

Let’s not get carried away: those 17m hours watching music streams is just over 1% of total viewing hours on Twitch in April, and thus still tiny compared to gaming streams. Valorant, the latest hot game with streamers, accounted for 334.2m hours watched in April as a comparison – nearly 20 times the entire music and performing arts category. 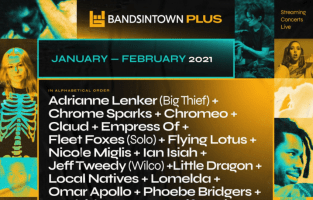 In 2020, Bandsintown quickly pivoted from being a service helping people to discover physical concerts to one that pointed them in the direction of online livestreams. Just before Christmas, it revealed that it had tracked...
© Copyright Music Ally All rights reserved 2021 - Website designed and maintained by