Nobody can know exactly what the overall financial impact of Covid-19 will be on the music industry in 2020, but that isn’t stopping analysts from guessing. Goldman Sachs made its prediction last week, and it’s a sobering one. “Global music revenue will drop by 25% in 2020 on our estimates, largely due to the widespread disruption to live events,” it claimed in a report, albeit while adding that “we expect a strong rebound in 2021” and further growth in the years after that.

To be clear: that 25% drop is for all forms of music revenue, live included. Clearly that’s the sub-category pulling the total down most: Goldman Sachs expects 2020 to see a 75% drop in live music revenue, whereas it predicts that streaming revenues will grow by 18%, helping recorded music revenues to grow by 3% – “the first year of meaningful slowdown since the market returned to growth in 2015”. It’s predicting that music publishing revenues will grow by 3.5% this year.

Goldman Sachs has been notably bullish about the music industry’s future in recent memory: remember its prediction in 2017 that recorded music would be a $41bn industry (in terms of annual revenues) by 2030? It was swiftly pointed out that as a company with investments in and partnerships with firms including Universal Music’s parent company Vivendi and Spotify, Goldman Sachs’ high predictions might need to be taken with a pinch of salt.

Keep the salt handy for Goldman Sachs’ updated predictions then: it expects annual music industry revenues of $142bn by 2030 – remember, this is not just recordings – which would represent an 84% increase from 2019’s estimated $77bn. The company expects streaming music alone to be worth $75bn a year by 2030 – 86% of global recorded music revenues that year – thanks to 1.2 billion paid music subscribers. With Spotify accounting for a third of them.

Make a note in your calendars to check back on this in 2030, not that anyone ever really checks back on decade-ago analyst predictions. Of more immediate comfort to the music industry might be Goldman Sachs’ prediction that after a slowdown in growth to 3% this year, the recorded music market will bounce back with 26% growth in 2021 and 18% in 2022, with the live music industry “nearly returning to its pre-Covid-19 level by 2022”. 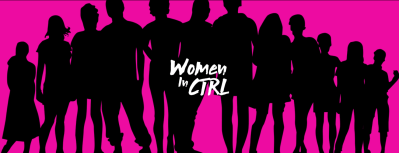 Women in Ctrl campaigns for the music industry to be more diverse and inclusive and has just published a year-on follow-up report to assess progress.
Read More 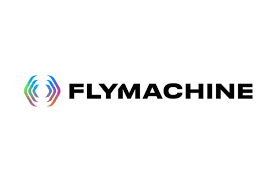 What We’re About Flymachine is pioneering the digital future of live events. A virtual venue for live entertainment, Flymachine combines community and live performance in a virtual space, delivering an evolution on the...
Read More

Live Nation has commissioned research into the economic impact of the live music industry in the US, providing plenty of figures for the industry and policymakers.
© Copyright Music Ally All rights reserved 2021 - Website designed and maintained by