Customers paying their subscription even though they’re not using your service? The stuff of dreams, so you’d think (well, you would if you owned a gym, for example).

In a world where streaming services have to keep a close eye on their ‘churn’ rate (cancellations) it might not seem in their interests to boot off those inactive subscribers. But booting them off is exactly what Netflix is doing. Well, it’s not being quite so brutal.

“We’re asking everyone who has not watched anything on Netflix for a year since they joined to confirm they want to keep their membership. And we’ll do the same for anyone who has stopped watching for more than two years,” explained product innovation lead Eddy Wu in a blog post. “If they don’t confirm that they want to keep subscribing, we’ll automatically cancel their subscription.”

He clarified that inactive accounts “represent less than half of one percent of our overall member base, only a few hundred thousand, and are already factored into our financial guidance”. It’ll be interesting to see if any analysts ask Spotify if it’s planning a similar move, next earnings call. 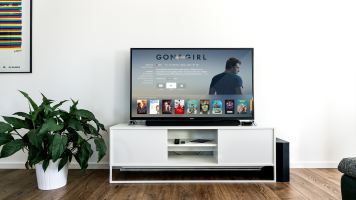 On the face of it, business is good for Netflix. Its revenues in the first quarter of this year were $7.16bn, up by 24.2% year-on-year, and it ended the quarter with 208m paid memberships (subscribers). However, the latter...
Read More

Netflix has calculated the carbon footprint of video streaming

How bad for the environment is streaming? It’s one of the questions we’re still seeking answers to. In the video streaming world, Netflix is playing its part. The company has been working with researchers at the University...
© Copyright Music Ally All rights reserved 2021 - Website designed and maintained by