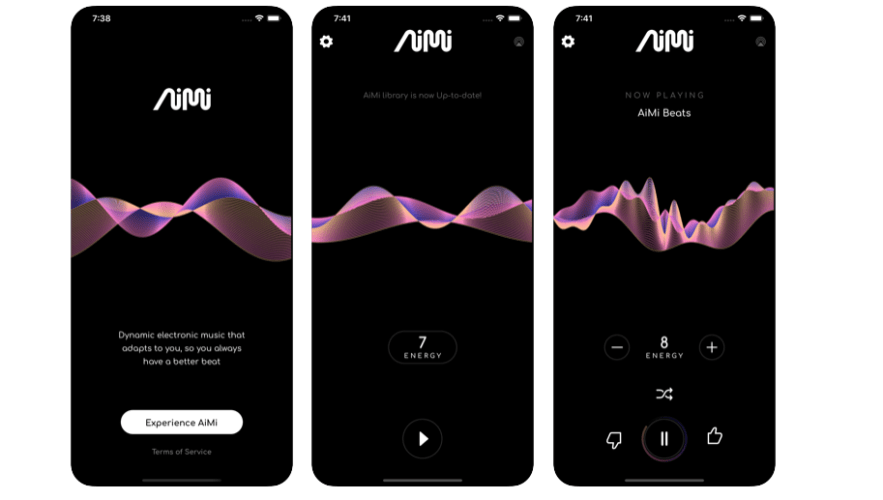 The idea: listeners set the ‘energy’ rate they want, based on a scale of 1 to 10, and the app delivers a flow of continuous music to suit their requirements. AiMi uses a freemium model: people can listen to 30 minutes of free music every day, but if they pay $5.99 a month they can listen as much as they want.

“Unlike traditional systems that use AI to mimic artists, AiMi uses AI to generate music using real beats created by real artists,” is the claim.

We’ve had a play with AiMi, and the experience is smooth: the music flows neatly into new tempos rather than lurching sharply. It uses a thumbs-up / thumbs-down system to learn what you like and don’t like. For now, the app is available for iPhone.

Competitors include adaptive-music app Weav Run, which is focused on joggers and has licensing deals with several labels, as well as mood-music apps like Endel and Mubert, which use AI to create their music as well as to adapt it. 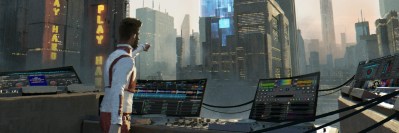