Secondary ticketing company StubHub isn’t having a good 2020, by any stretch of the imagination. Not only has the live industry shut down in many countries, but the eBay subsidiary’s planned $4bn acquisition by Viagogo has yet to see the two companies actually merge, amid regulatory investigation.

Given past controversies around Viagogo and secondary ticketing more generally, sympathy may be in short supply within some quarters of the music industry.

Today there’s more news: StubHub’s president Sukhinder Singh Cassidy is stepping down, or rather ‘transitioning to an advisory role’, with the company’s current general manager of North America Jill Krimmel to take up the reins as interim president from 1 June.

Pollstar reports that this comes amid further layoffs for StubHub in North America of around 200 people. “The difficult decision to create a leaner, more-focused StubHub organisation in North America that is reflective of the reshaped live events industry” in the company’s words.

Help Musicians warns that Covid-19 catastrophe is not over

UK-based charity Help Musicians surveyed British professional musicians a year ago and found that 55% were not earning anything at all from music, due to the Covid-19 pandemic. Have things improved? They have a bit:...
Read More 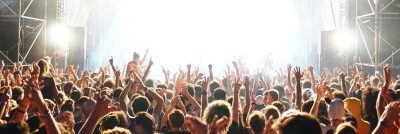 Industry body UK Music has published its latest 'This Is Music' annual report, and it has some sobering stats on Covid-19's impact on the British music industry.
© Copyright Music Ally All rights reserved 2021 - Website designed and maintained by