Warner Music Group had a good first day of trading following its IPO this week. The company priced its shares at $25, valuing the major label group at $12.75bn. By the end of the day, WMG’s share price had risen to $30.86, sending its valuation to around $15.36bn.

The IPO is being watched closely by WMG’s fellow major labels, with Universal Music’s parent company Vivendi planning an IPO of its music group in the mid-term.

The timing hasn’t been great, with the Covid-19 pandemic; a new flurry of debate about artist and songwriter royalties; and now the protests across the world sparked by the death of George Floyd last week.

A lucrative IPO – even if in this case the windfall isn’t going to WMG itself, but to its parent company Access Industries and the Blavatnik family – has inevitably led to questions about WMG’s intentions. It announced one yesterday: a $100m fund to support “charitable causes related to the music industry, social justice and campaigns against violence and racism”. It’ll be run by an advisory panel of people appointed by WMG and the Blavatnik Family Foundation, with the label promising that the panel “will draw from a diverse cross-section of people from our team and the wider community”.

It was a busy day for Warner Music Group yesterday, with several interrelated announcements. First, there was news of the company raising $250m of new funding through a 'senior secured notes offering' to be spend to "fund...
Read More 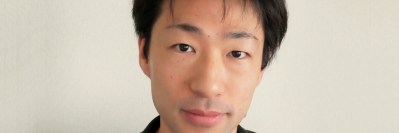 WMG's distribution division ADA is expanding again: this time to the world's second largest recorded music market. ADA is opening up in Japan just a month after launching its ADA Asia arm in Singapore, while in July the...
Read More

B2B streaming service Soundtrack Your Brand has renewed its licensing deal with Warner Music Group, a couple of months after striking an agreement with Universal Music Group. In WMG’s case, it’s a renewal of the deal...
© Copyright Music Ally All rights reserved 2020 - Website designed and maintained by