Is Sweden a saturated music streaming market? Not just yet…

The question of when the Swedish music industry will plateau is a crucial one for the global industry, which looks to Spotify’s homeland for an indication as too how far streaming-led growth can go.

More than 35% of the total population of Sweden is now subscribed to a music streaming service. But IFPI Sweden CEO Ludvig Werner, who we interview for our latest country profile, says this may not be for a while, with older consumers, immigrants to the country and younger music fans all helping to boost uptake.

As to where the eventual ceiling may lie, Werner says that 50% of the Swedish population using streaming services – both free and premium – is eminently possible, with his answer giving an insight into how mainstream streaming has become in Spotify’s home country. “Is 50% possible? I think so,” he says. “You need to refer to streaming, especially if you combine premium and premium, as [being like] having any sources of music. And then you can compare with having a CD player at home, having a radio at home, in the old days. 25 years ago 50% of the population could play music if they wanted. Maybe that is the way you need to address streaming.” Read the full profile here. 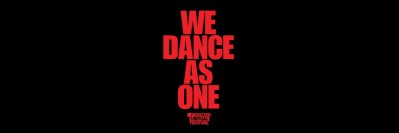 Defected to hold three-part ‘We Dance As One’ livestream

Dance label Defected Records did a great job earlier this year with its 'Virtual Festival' series of livestreams, raising $1.2m for the World Health Organization's Covid-19 relief fund over 10 weeks. Now it's coming back...
Read More

55% of UK musicians are currently earning ‘nothing’ from music

Since March, we've tried to find the good news within the Covid-19 pandemic, in terms of relief efforts and innovation to help musicians and their teams. Sometimes, though, we have to bring you the unvarnished bad news about...
Read More

We’ve been writing about the role being played by Bandcamp for independent artists during the Covid-19 pandemic: $75m of music and merch sales during its Bandcamp Friday promotions by early August, and organic monthly...
© Copyright Music Ally All rights reserved 2020 - Website designed and maintained by