Artists and DJs are turning to livestreaming in their thousands during the Covid-19 pandemic. Some of the music being played is generating royalties through licences negotiated by the livestreaming platforms, but a lot of it isn’t. There isn’t a huge rumpus about this yet: rightsholders are keen not to be seen as cracking down at this point in the pandemic, but as the barrage of copyright takedown requests being fielded by Amazon’s Twitch this month shows, there are tensions.

There are also positive moves though. In late May, we wrote about Canadian collecting society Socan’s launch of ‘Encore!’ – a program to pay songwriters and publishers for music used in livestreams on Facebook and Instagram, using $200k a quarter set aside from the licensing revenue it already gets from Facebook. Now French collecting society Sacem is launching its own royalties scheme for livestreams too.

In this case, the scheme covers livestreams on Facebook, Instagram or YouTube that have generated at least 1,000 views, and like ‘Encore!’ it relies on those broadcasts being registered with the collecting society – in the same way that setlists at physical concerts would be. The scheme, which is backdated to livestreams since 15 March, is being carefully presented as a temporary measure. “At the end of the current health crisis, or in the case of paid broadcasting of livestreams, new distribution conditions, to be shared at a later date, will apply,” noted Sacem.

That’s a caveat we’ll be hearing more of. At the Midem music industry conference last week, several speakers talked about the need for livestreams to be properly licensed and generating royalties in the long term, rather than the current free-for-all explosion establishing a template. “There will need to be some licensing adjustments in terms of making sure the correct rights are licensed,” said Charlie Phillips, COO of independent labels body WIN, for example.

Socan and Sacem are responding quickly to the livestreaming boom to get musicians paid now, but these and other organisations are also thinking about how best to deal with this area once the pandemic eases – if, as seems increasingly likely, livestreams will be a bigger part of our industry even once physical concerts return.

This morning is the big unveiling for a new version of the ‘ISWC’ system of codes identifying music works, which global collecting societies body Cisac says will “improve the accuracy, speed and efficiency...
Read More 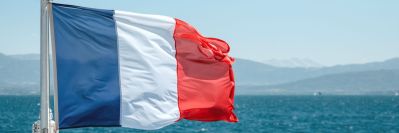 Industry body SNEP has published its figures for France's recorded music market in the first half of 2020. It reveals a 0.4% year-on-year growth in revenues to €279m, a notable slowdown from the increases in recent years. And...
© Copyright Music Ally All rights reserved 2020 - Website designed and maintained by