On Friday it emerged that Chinese tech giant Tencent had bought a chunk of shares in Warner Music Group… but confusion reigned over exactly how much it had invested. The Wall Street Journal claimed it was $200m, while MBW said it was around $100m. As it turned out, both were right.

Tencent Music Entertainment, the music streaming (and karaoke / live-video) business that Tencent spun off in an IPO in late 2018, acquired 4m Class A common stock shares in WMG on 3 June, the day WMG went public. That’s $100m worth of stock, the filing for which prompted MBW’s original story. However, Huang River Investment Limited, a subsidiary of Tencent Holdings – the parent company – also bought 4m of those shares, making a $200m total investment in WMG for Tencent’s businesses. Hence the Wall Street Journal figure.

On top of previous dealmaking, this only compounds the web of stakes that major music and streaming companies hold in one another. Tencent Music and Spotify own near-10% stakes in one another after a deal in 2017; a Tencent Holdings-led group acquired 10% of Universal Music Group earlier this year, and have an option to buy another 10%. WMG and Sony Music *may* own shares in Tencent Music; UMG owns a small stake in Spotify; and now Tencent Holdings and Tencent Music have small (1.6% of WMG’s total stock) stakes in WMG too.

What does all this mean for licensing and competition issues going forward? Major labels’ ownership of Spotify equity never stopped them putting that company through the ringer in negotiations in the past, although how might that dealmaking have been affected if Spotify had also owned a chunk of its licensors? Still, expect Tencent’s rivals (like NetEase Cloud Music in China) and particularly the independent music community (whose European lobbying body Impala opposed the Tencent/UMG deal) will be monitoring and talking about this web of investment connections a lot in the coming months.

We’ve said this before: we’re now in an industry dominated by two groups of huge corporations – the three major music companies on one side, and the big platforms / tech companies on the other. But… we do also have a thriving independent sector, both in terms of its market share right now, and some of the trends (like ‘artist direct‘) expected to fuel its future growth. Rather than just seeing the deals between the major music and tech companies as threats to that independent growth, it may be more positive to turn that around: and see the growth as bolstering the scrutiny on the deals, and on competition more widely. 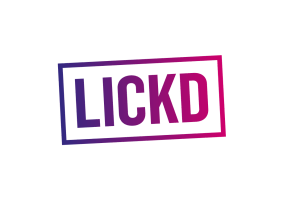 UK firm Lickd is one of the startups trying to make it easier for YouTubers and other online creators to license commercial music to use in their videos. Now it has raised £5.1m of funding from some very interesting investors:...
Read More