Music marketing firm Linkfire has announced a deal with Deezer to access data on what music listeners do after following one of its ‘smart links’ to the streaming service.

Artists, labels and marketers using Linkfire will now be able to see, for example, whether fans have gone on to play a song, add it to their library or to one of their playlists on Deezer.

It’s the latest such ‘attribution’ or ‘conversion’ data partnership for the company, tackling the longstanding problem of understanding how clicks/taps on smart links translate into streams and other fan actions: data that helps to judge whether marketing budget has been well spent or not.

Linkfire’s first such partnership was in March 2018 with Pandora, and it was followed in the autumn of 2019 by deals with African streaming service Boomplay; Middle Eastern service Anghami; and with Apple Music.

Now Deezer has joined the gang, with its integration live today for Linkfire users who are including the streaming service in their links and on their landing pages.

“Understanding which actions are taken by fans in the context of a marketing campaign is essential to inform ROI on spend,” said Linkfire’s chief business development officer Andrea Arcari in a statement.

“We’ve been working on this mission for years at Linkfire, and we’re beyond excited to add a company of the size and relevance of Deezer to the list of partners powering creators with this level of granularity.”

In October 2019, Linkfire’s CEO Lars Ettrup told our Sandbox Summit conference that he expected that the company would be able to attribute 50% of its traffic – which it expected to be more than 1bn ‘visitor journeys’ through its links that year – with ambitions to go much further.

“The goal is obviously to provide 100% transparency,” he said then. “We are seeing an incredible willingness from services and ticket providers to want to surface this data to everyone. The goal of achieving 100% attribution is feasible in the very near future.”

Globally speaking, Spotify and Amazon Music are the big audio streaming services who’ll be next on Linkfire’s wishlist to progress towards that goal, as well as YouTube. 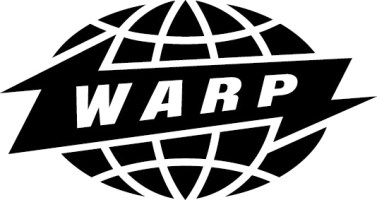 Expect a blizzard of charts in the coming weeks as the various streaming services reveal the artists, tracks and podcasts that were most popular with their listeners in 2021. Deezer is one of the earliest – sensible,...
© Copyright Music Ally All rights reserved 2022 - Website designed and maintained by