June is the annual Pride month celebrating the LGBTQIA+ community, although due to the Covid-19 pandemic, this year’s celebrations will by necessity be much more digital.

Music streaming services are joining the party with playlists and other activations, as usual. In the case of Pandora, that includes launching a new radio station called Qmunity. Sponsored by telco Comcast’s Xfinity brand, it’ll celebrate not just the LGBTQIA+ community, but also Black artists within that: Lil Nas X, Kaytranada and Janelle Monae will be among the musicians featured.

Also significant: Qmunity is one of the first stations on Pandora to avail of the DSP’s recently-launched ‘Mode’ technology, which we wrote about last October. It’s a way to tweak the songs played from a station by choosing different themes: ‘Crowd Faves’ mode focuses on the most popular tracks; ‘Deep Cuts’ on lesser-known tracks; ‘Newly Released’ on the newest tracks and so on.

Meanwhile, on 28 June Pandora will also launch a musical Pride lens for Snapchat where they’ll be able to “tap to remix the music and effects within the lens, celebrating Pride with their own customised anthem”.

The UK's parliamentary inquiry into the economics of music streaming ultimately proved most awkward for major rightsholders.
Read More 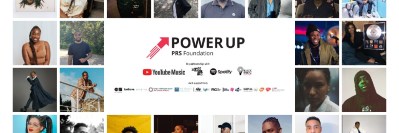 The recent arguments around funding for the UK's PRS Foundation rested on the role it plays funding emerging musical talent, particularly artists and songwriters from diverse backgrounds.