Twitch is one of the platforms seeing a big spike in usage during the Covid-19 pandemic. A new report claims that in the second quarter of this year, Amazon’s live video service was watched for 5.07bn hours. That’s up from 3.11bn in the first quarter of this year – a 62.7% quarter-on-quarter increase.

The report comes from Streamlabs, a company that makes software for livestreamers, and video analytics firm Stream Hatchet, who monitor the livestreaming world with a particular focus on gaming. Their report on Q2 is thus mainly about how Twitch is growing in comparison to gaming streams on YouTube, Facebook and the recently-shut Mixer.

Overall, Twitch also saw a big spike in the number of hours streamed by channels – as in, how much content was broadcast – from 121.4m hours in Q1 to 192.7m in Q2. The report also claims that there are now just under 10m unique Twitch channels, up from 5.6m a year ago.

The report doesn’t tell us anything about music, although another recent study by two other companies in the online video world, StreamElements and Arsenal·gg, suggested that Twitch’s ‘music and performing arts’ category saw its viewing hours grow by 385% year-on-year to 17m in April 2020.

As a reminder of how much bigger gaming is on Twitch, streams of people playing new game Valorant were watched for 534m hours in Q2 according to the Streamlabs / Stream Hatchet report – averaging 178m hours a month, making that single game more than 10 times more popular than the entire music and performing arts category.

There’s opportunity in all this, though: Twitch’s community of game streamers often want to use music in their broadcasts, and while recently that’s been causing some licensing headaches for Twitch, if deals can be done, the platform could be an exciting sync opportunity for musicians and music companies.

Some labels are already making music available on a pre-cleared basis to explore the promotional benefits, of course. Dance label Anjunadeep recently reminded Twitch creators that it has pre-cleared 500 tracks for them to use: “No mutes, no takedowns,” it tweeted.

YouTube is adding some useful new features for people livestreaming on its service, although it’s fair to say they’re catching up with Twitch to some extent. The three new features are clips, polls and subscribers-only...
Read More 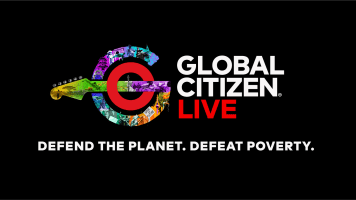 Global Citizen prepares for its most ambitious livestream yet

Global Citizen’s ‘One World: Together at Home’ livestream raised more than $127m for Covid-19 relief last year. The organisation has continued its campaigns since then, and is now preparing its most ambitious...
© Copyright Music Ally All rights reserved 2021 - Website designed and maintained by