Microsoft may have closed its Mixer livestreaming service and thrown its lot in with Facebook, but another of Twitch’s live-video rivals has just raised a big funding round.

Caffeine is the company, and the round is $113m, with VC firms Andreessen Horowitz and Greylock Partners joining media group Fox Corp in the investment. Bloomberg reported that it values Caffeine at more than $600m. Caffeine emerged from beta in November 2019, and has since added more than two million registered users.

Music is already part of its story, too: in February 2020 Caffeine announced an exclusive partnership with Drake, including plans to stream live rap battles via a partnership with Ultimate Rap League (URL). It now says that “hundreds of thousands of battle rap and hip-hop fans tune in live to its virtual battles, weekly shows, and tournaments”. Caffeine is doubling down on this with new shows on battle-rap and hip-hop culture more widely, including shows featuring artists Deetranada and Roy Woods, and a 30th anniversary celebration of Eric B. & Rakim’s 1990 album ‘Let the Rhythm Hit ‘Em’. 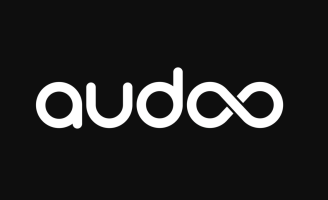 British startup Audoo has raised a Series A funding round of £5.2m (around $6.9m) to continue developing and rollout out its technology to track public performance usage of music. The round was raised in 10 weeks from...
Read More

TicketSwap and GoFundMe aim to raise £2m for European venues

We’ve written about the fundraising campaigns for independent venues run in the US (by NIVA) and the UK (by the Music Venue Trust). Now there’s a new pan-European campaign launched by ticketing firm TicketSwap,...
Read More

The arms race in catalogue acquisition continues. Round Hill has announced that its Round Hill Music Royalty Fund has raised another $282m from a share issue. The money won't be burning a hole in its wallet for long, we...
© Copyright Music Ally All rights reserved 2020 - Website designed and maintained by