There’s a big, startling figure in the latest story about the Indian government’s decision to ban 59 Chinese-origin apps, including TikTok. “An insider at TikTok parent ByteDance is telling Caixin the ban could come with a heavy price tag, costing the company more than $6 billion in lost revenue — a sum greater than all the losses suffered by the other 58 banned apps combined,” reported Chinese news network Caixin. It did not specify what period those lost revenues are estimated for: it’s safe to say it’s much more than a year’s worth of income for TikTok in India, even though the country is its biggest market.

In related news, Reuters reported on some of the Indian apps that are benefitting already from the ban, including Roposo, which is similar to TikTok. Its founder told Reuters that it had added 22 million new users in two days after TikTok was banned. Chingari and Mitron are other Indian short-video apps that appear to be spiking in downloads. 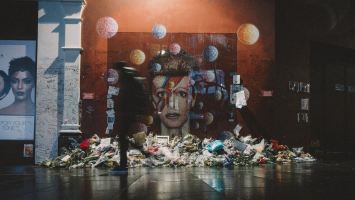 There’s a surge of activity around David Bowie this week, marking the fifth anniversary of his death, as well as what would have been his 74th birthday. Among that activity is an official TikTok channel, launched in...
© Copyright Music Ally All rights reserved 2021 - Website designed and maintained by