Billboard is changing its chart rules in the US to no longer count sales of albums bundled with merchandise or concert tickets.

It hasn’t yet said when the change will kick in, but when it does “all albums bundled with either merchandise or concert tickets must be promoted as an add-on to those purchases in order to be counted on the charts”.

Billboard said it thinks the change will ensure the charts “more accurately reflect the conscious purchasing decisions of consumers and level the playing field for all artists”.

There’s plenty of backstory here. In August 2018, Nicki Minaj criticised the charts after losing out to Travis Scott in a bundles-fuelled race for number one in Billboard’s albums chart (“What we’re not gonna do is have this f***ing autotune man come up in here selling f***ing sweaters and telling y’all he sold half a million f***ing albums, ’cause he didn’t!” was her memorable quote, although her album had also been bundled, with tickets rather than merch.

In June 2019 there was another controversy after DJ Khaled (whose album bundle with an energy drink had been disqualified from chart calculations) was beaten to number one Tyler, the Creator (whose merch bundle was allowed).

In November last year, Billboard announced plans for new rules from 3 January 2020 on how bundles could be constructed and sold. Now Billboard says that those changes “have fallen short of the intended goal of accurately reflecting consumer intent”, which is why it’s ruling out bundles entirely now.

The news gives artists and their teams some decisions to make. While merch and ticket bundles were a good way of maximising a new album’s debut-week chart position, that’s not their sole reason for existing. They can be important revenue streams for artists. Now there’s the risk that the more successful a bundle is, the greater the chance of it impacting negatively on the album’s chart debut.

Or perhaps not. The historic response to changes in chart regulations has always been to adapt marketing strategies. Perhaps bundles will be pushed back a bit in artist campaigns to avoid the debut week, for example.

Or, as the industry’s gravity continues to shift away from sales and towards streams, fans may still be contributing to an album’s debut chart position by streaming it, even if they’ve bought a copy through a bundle. This is only a change to the US charts, but as usual chart bodies around the world will be watching what Billboard does, and considering their own options. 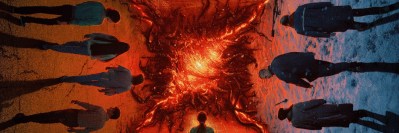 'Running Up That Hill' is getting a monster boost from its recent Stranger Things sync and is likely to be the chart-topper this week.
Read More

The Middle East and North Africa was crowned the fastest-growing recorded music region in the IFPI's latest report.
Read More 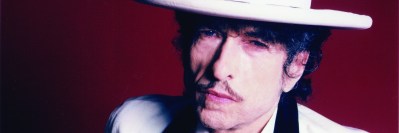 The times, they most certainly are a-changing'. Bob Dylan and Miles Davis will soon become the latest musicians to be the focus of non-fungible drops.