“Overall, we believe the market for Gaana will grow to around 500 million users in the next three years across music, podcasts, and HotShots” – the latter being Gaana’s recently-launched TikTok-style short-videos app.

With TikTok still banned in India, he suggested that “in the short term, more than 100 million users will try multiple replacement apps for short video content consumption”.

Agarwal also said that “the number of paid subscribers on Gaana grew 3x from FY19 to FY20” – Gaana’s parent company’s financial year ends on 31 March, so the growth he’s referring to was between March 2019 and March 2020. However, Agarwal also admitted that “our paid subscriptions are currently a single-digit percentage of our overall user base”. 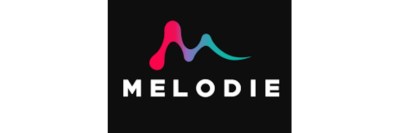 Melodie's catalogue will now be available to the music streaming services that Tuned Global runs for clients.
Read More

The launch of Apple’s iOS 15 software this week has brought with it some new features for Apple Music, including ‘dynamic headtracking’.
Read More

Gaana narrows losses, but its revenue growth has slowed down

As one of the biggest streaming services in India, Gaana is a useful bellwether for the market as a whole. New figures show that in its last financial year, which ended in March 2021, the company’s operating revenue...
© Copyright Music Ally All rights reserved 2021 - Website designed and maintained by