TikTok hopes creation will be a ‘key metric’ for the charts

TikTok’s recently appointed global head of music Ole Obermann has given one of his first interviews in the role, and the former WMG exec will be hoping that official chart compilers will be reading.

“I absolutely think we need to rethink the charts. I go back again to this creation and engagement metric,” he told MBW.

“My vision is that that creation, that kind of engagement, will become a key metric. And I think it should be a heavily weighted metric. Because, again, it’s the opposite of a passive view or listen. I hope that the industry is going to be ready, in the relatively short term, to rethink how its charts indicate where fans are focusing their energy, and what songs and artists they are excited about.”

Having seen YouTube’s long road to chart eligibility in various countries, TikTok will not be expecting these changes to happen quickly for its platform.

Also intriguing, a comment in the same interview by Believe boss Denis Ladegaillerie about official music videos. “We’re also having discussions with TikTok on experiments there,” he said. 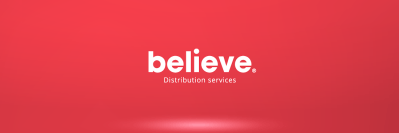