It was a busy day for Tencent Music, and for China’s digital music industry as a whole. Universal Music Group made two announcements about its latest deals there: one with NetEase Cloud Music, and the other with Tencent Music.

The NetEase deal is significant: a multi-year direct licensing agreement (rather than UMG’s previous deal that saw Tencent Music sub-license its music to rivals like NetEase Cloud Music.

The new deal will “increase the scope of premium offerings and experiences” on NetEase’s service. That’s not just subscriptions: it sells access to digital albums on top of that (as UMG knows well: Taylor Swift’s new album ‘Folklore did $1.2m of sales in three days on NetEase Cloud Music in July).

UMG’s second deal announced yesterday, with Tencent Music, is a multi-year licensing extension, but also the launch of a ‘joint venture music label’ with TME that will be “cultivating, developing, producing, and showcasing highly talented domestic artists and their premium original music”.

In the west, such a deal might be controversial (imagine the headlines if UMG and Spotify launched a label together!) but we’ll be interested to see how other labels and DSPs view the UMG/TME joint venture in China. 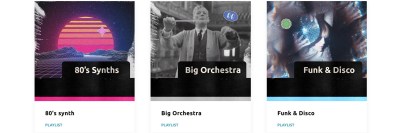 Everybody, yeah, rock your body, yeah? Even if you're rocking it at your desk or on the sofa. Because yes, Backstreet's back...