Triller and B2B digital music firm 7digital have announced a new deal that will see the latter company providing access to its catalogue of more than 80m tracks as clips and full-length tracks.

Note, this is just about the technicalities of making the music available within Triller’s app: the actual licensing deals for that music will remain the company’s own responsibility rather than 7digital’s – although the latter company will be providing Triller with “back-end support for tracking usage and reporting to labels” as part of the 18-month contract.

This isn’t a new relationship: in 2018 Triller signed a deal for access to clips of songs from 7digital, plus reporting support. The new agreement’s addition of full-length tracks will fuel Triller’s new feature for allowing paying subscriber to stream full songs within its app.

However, Triller is still under pressure from the music publishing community: yesterday musician and activist David Lowery suggested that songwriters should be checking Triller to see if their works are made available in the app, suggesting – because major labels own stakes in the startup – that it could lead to “the mother of all lawsuits”.

US publishing body the NMPA also has Triller in its sights. 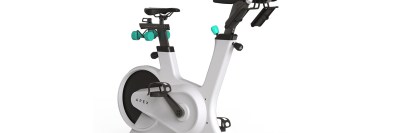 Where there's a startup that's gone public in a big IPO, there'll be fledgling rivals hoping to follow the same path and compete with it. Such is the case with fitness firm Peloton. One of its latest rivals is called Apex...
Read More

It's not that long since B2B digital music company 7digital was having serious financial troubles, but it's been working hard to survive. By January 2020 the company said it had "stabilised itself", before borrowing £500k...
Read More 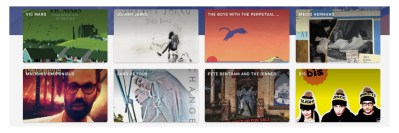 eMusic gets into livestreaming with eMusicLive launch

The last time we checked in on eMusic, it had just launched its eMU token as part of a blockchain drive, while its boss had joined the board of B2B firm 7digital. A few months on, the two companies are hopping aboard the...
© Copyright Music Ally All rights reserved 2020 - Website designed and maintained by