Karaoke is enormously popular with people of all ages in China, with millions flocking to ‘KTV venues’ [karaoke bars] to partake in singalongs.

The Chinese government’s 2019 China Music Industry Development Report valued the karaoke sector at RMB 101.07bn (nearly $14.6bn) in 2019, up 12.3% year-on-year with that rise driven in part by online karaoke services.

Tencent’s app WeSing (known as K Song in China – it’s the western version pictured above) is the biggest player, estimated to account for 77% of online karaoke users in China, including a younger, wealthier demographic. 25-29 year-olds are 50.3% of its user base, with half of them having high incomes and living in major cities like Beijing.

Part of its appeal is removing the barrier of public embarrassment, while obviously the Covid-19 outbreak also encouraged at-home karaoke. However, K Song’s social features are also the big draw: users gather in virtual communities around favourite songs, take part in ice-breaker games, use group chat functions – and sometimes, superstar artists join in the fun.

A recent livestreamed concert on K Song saw 50 popular artists perform on the virtual stage, after which non-famous users could have a go too. This attracted an audience, Tencent says, of 1.6 million. 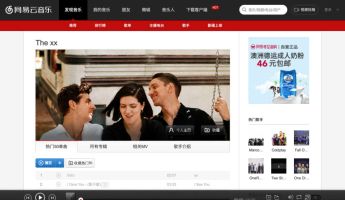 Chinese streaming service NetEase Cloud Music has been holding ‘season two’ of its Galaxy Album Music Camp, a seven-day music workshop. It’s an interesting insight into how the service is working with independent musicians...
© Copyright Music Ally All rights reserved 2021 - Website designed and maintained by