Who would have envisioned that tensions between the world’s two superpowers would centre around a short-video app used by teenagers to share videos of them dancing along to pop songs? Yet, here we are, and on Friday, Chinese authorities announced new legislation placing restrictions on exports of various technologies, and warned ByteDance, TikTok’s parent company, that they should “seriously and cautiously” think about if it should stop the sale of its US, Canadian and Australasian operations.

On the new regulations’ restricted list includes data-processing, AI learning, and content recommendation – the type of technologies used in TikTok’s famed algorithmic feed, described by technologist Eugene Wei as being like the “Sorting Hat from the Harry Potter universe”.

The TikTok feed isn’t just important – to many users it *is* the TikTok experience: a highly sophisticated, seemingly endless stream of videos that often feel just right for each user. It’s also extremely important for artists who hope to blow up on TikTok, which announced in July that it had 49 million daily active users  in the US, and nearly 690 million worldwide.

It’s this giant user base, and the addictive nature of the app (again – driven by that eerily accurate feed) with the teen audience that has encouraged adoption of TikTok as a marketing platform for major and indie artists alike. Any uncertainty around the app’s future in the US market will be watched closely by the likes of Simon Fuller, who recently partnered with TikTok to put a new group together.

Splitting TikTok’s US, Canadian and Australasian business from parent company ByteDance will take time – despite President Trump moving his deadline for the sale to just after the presidential election. TikTok’s US suitors, including tech giant Oracle, and the unlikely Microsoft-Walmart partnership, haven’t yet commented, but it almost goes without saying that the story of TikTok’s sale has a number of twists and turns to come – including a rumoured $20Bn purchase bid from Centricus Asset Management and Triller. 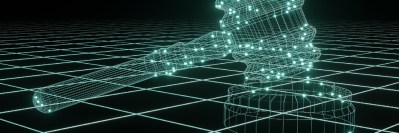 Kim Kardashian has become the highest-profile celebrity/influencer yet to be charged over a crypto promotion on social media.
Read More

TikTok has filed financial results for its European business for the calendar year 2021.